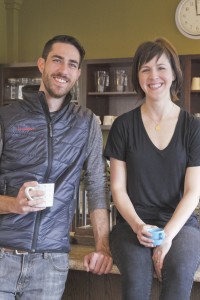 Coffee has the power to change the world. If you doubt it, all you need to do is talk to Joining Vision and Action and CU Boulder alum Rachel Taber, co-founder of the the social enterprise 1951 Coffee Company, based in Berkeley, CA.

So, other than the fact that no one ever had a good idea or got any work done without a cup of coffee firmly in hand, how exactly will coffee change the world?

One barista at a time is how. Taber’s 1951 Coffee was imagined and is being built as a way to provide job training to refugees and asylum seekers in the Bay Area while also educating customers about the realities facing the area’s (and the world’s) refugees.

She explains that refugees can generally find jobs, but that most of those are “back-end” jobs in custodial services or warehouses, where people don’t become acculturated and don’t need to use their English very much, so they stay in the shadows.

Also, in the Bay Area at least, she says coffee shops offer some of the best wages available for entry-level workers, typically $13-$15 an hour plus tips.

While the 1951 Coffee house itself won’t open until about September, the company is already making a difference in people’s lives. In addition to the coffee shop, the company is running a barista training program, which just graduated its first class. The two-week, 40-hour course covers not just how to knock out a soy-light-latte-whatever but also teaches English, and provides trainees with cultural orientation and basic sanitation (American style) so that graduates are ready not just to make coffee but to fit in and work with the coffee-buying public.

“We probably won’t be able to employ more than 10-15 people a year, but we can train another 20 or so and help them find jobs in the industry,” she said. 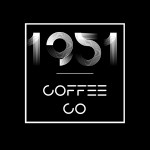 The name, 1951 Coffee, is taken from the 1951 Refugee Convention, in which the United Nations spelled out guidelines for the treatment of refugees. In addition to providing refugees with good jobs, it is her hope that the shop will be a place where customers can learn about the refugee community and learn how they can become more welcoming to refugees.

She and her business partner Doug Hewitt met while working at the International Rescue Committee, where they saw first hand the need to provide job-specific training to refugees. They debated over whether to establish their business as a for-profit LLC or as a nonprofit, and decided to go the nonprofit route.

“That was absolutely the best decision we could have made,” she said. 1951 Coffee has attracted start-up capital from a donor-advised fund as well as from the founders and has also gotten what she described as really good deals from their landlord and from numerous contractors, architects, engineers, public relations and marketing firms etc.

“Amazing people are stepping forward to donate their time and expertise and we’ve already attracted some really great people to serve on our board and none of that would have happened if we were building a for-profit business,” she said.

Rachel worked at JVA, first as a paid intern and then as an employee right after college, turning down other jobs for the chance to work at JVA. “I got to do some of everything at JVA–grantwriting, designing surveys, evaluation work. I also helped to get JVA’s social enterprise department launched.”

Moreover, she said Janine has been a friend and mentor ever since. “You learn to work long and hard at JVA, and you learn that the client drives everything you do. You learn the value of working tirelessly and how to do whatever needs to be done.”

She said that with two children under the age of four, she also takes inspiration from the fact that Janine started JVA “with two little kids crawling all over her.”