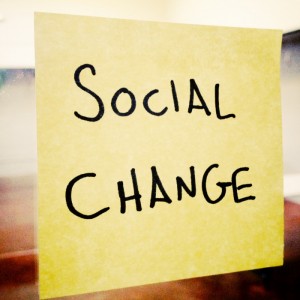 A few weeks ago, Marshall Ganz, Tamara Kay and Jason Spicer published an opinion piece in the Stanford Social Innovation Review titled “Social Enterprise is Not Social Change.” In their piece, the authors claim that the fields of social enterprise and social entrepreneurship are ineffective and a distraction from the real work that needs to be done to address change at the governmental and policy level. The authors portray most social entrepreneurs as egotistical individuals seeking to be called “heroes” who oppose government programs and instead promote the market as the only way to solve problems in the world.

We at Joining Vision and Action wholeheartedly disagree.

In our opinion, Ganz, Kay and Spicer are badly misinformed about the true nature of the social enterprise sector, and employ a number of egregious logical fallacies in trying to make their case. For one thing, the article creates a false binary between market forces and government regulation, assuming that only one of the two can create social change. Meanwhile, the specific examples and quotes used to support their case do a poor job of representing a diverse and sprawling field. And in their association of social enterprise with neoliberal ideology, the article’s authors make the common mistake of conflating business with capitalism.

How do we know? For the last 30 years, JVA has been working with changemakers across the country who are working at both the grassroots and policy levels to ensure our community and our world are places where all people have equality and opportunity in all sectors—health, education, women’s rights, disability rights, refugee/immigrant services, economic development and more. We partner with government agencies as well as nonprofits and social enterprises—helping them build their capacity to have a bigger impact. 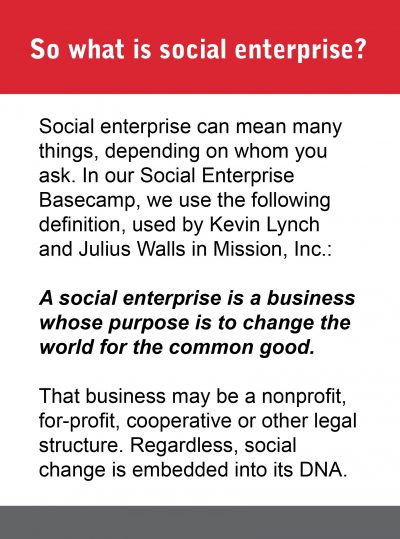 Based on that experience, here is what JVA believes about social enterprise:

1. Social change is achieved through both structural change and grassroots innovation.

The issues faced by vulnerable communities and populations are complex, created over generations. They include structural issues, such as racial inequality or institutional racism that must be addressed from a policy level, as well as access and knowledge barriers, such as the lack of a job, which can be addressed by a market-based approach. Naturally, social enterprises and entrepreneurs seek to have an immediate impact through their business models, providing employment and economic opportunity, affordable products for low-income populations, or earned income to fund critical community programs. But their leaders are also frequently on the front lines of political change, lobbying their elected officials, contributing to progressive campaigns and helping organize demonstrations and other public events.

2. Social enterprise is both a movement and a business model.

Take fair trade, for example. This movement began with a few small social enterprises that refused to exploit workers to make a profitable product. But these businesses refused to call it a day when they began to pay fair wages to the farmers they purchased coffee and chocolate from. Instead, they started a movement to educate consumers and create demand to pay more for fair-trade products. Today, products like fair-trade coffee and chocolate are no longer “fringe”—they have rapidly become the standard for their respective industries, revolutionizing supply chains and benefitting more than two million farmers and workers in the process. This is impact. And this is social enterprise.

3. Business is not the same thing as neoliberalism.

Like many progressive writers, Ganz, Kay and Spicer blame neoliberal capitalism for most of the structural inequities plaguing our society. Fair enough. But by including social enterprise as part of neoliberalism, the authors make a grave mistake. Businesses don’t in and of themselves lead to inequality; small markets have been meeting the needs of local communities for millennia. It’s only in recent centuries that certain kinds of businesses have become more accountable to shareholders than to customers, and evolved into the multinational behemoths that Ganz, Kay and Spencer are right to pillory. Social enterprises are as different from these kinds of businesses as a terrier is from a wolf, and by their very nature are opposed to the voracious growth imperative of the modern-day corporation. In fact, a thriving social enterprise sector would help generate exactly the economic weight, jobs and lobbying power to create the structural change that the authors are right to emphasize.

Here are just a few examples of social enterprises having an impact across multiple sectors of our society:

We believe belittling these social enterprises and the change they are making because it is not at the policy level is insulting.

In sum, change must come from both the grassroots level and the government level—from the individual who begins to think differently about how to address a problem in his/her community and from the activist who is mobilizing the masses to demand change at the government level. We are privileged to work with both types of changemakers at JVA, and we are proud of all of our clients creating change at both the grassroots and city/state/national/international levels.

Here are a few social enterprises we’ve had the privilege to know over the years: