Terry Anderson: Man on a Mission 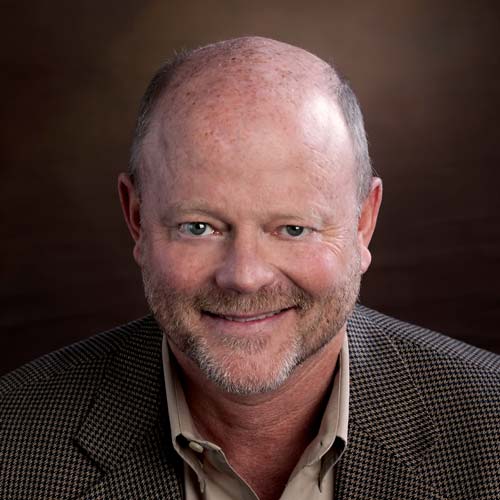 The world is full of people with great ideas. Somewhat less common are people who turn those ideas into something not only real, but real good.

Terry Anderson is one of those people. Vice president of enterprise & administration at Springs Rescue Mission (SRM) in Colorado Springs, Anderson has been on a mission lately.

Springs Rescue Mission, which began life in the mid 1990s providing sandwiches to homeless people, has grown into a robust provider of food (more than 1.4 million meals served to date), emergency relief and rehabilitation services. Today, it is well beyond even that. In conjunction with Mission Catering, it now provides six- and 24-month culinary arts training programs that prepare people for jobs in the private sector.

Anderson first became familiar with JVA Consulting while attending the Social Enterprise Alliance national conference last April in Nashville, where he heard Janine Vanderburg and Sarah Hidey present. He then came to JVA’s then known as Social Enterprise Basecamp to flesh out his ideas for Mission Farms—a commercial agriculture program that will employ men served by SRM.

“JVA helped me develop my business model, helped me understand the competitive landscape and develop my pitch. That is the same pitch I took to the bank, which agreed to fund us for $1.2 million in start-up capital,” he said. “Meeting Janine and Sarah in Nashville and coming to the training were catalytic events for me.”

Anderson said SRM is currently transitioning its culinary arts training to be in partnership with Catalyst Kitchens, a network of more than two dozen organizations similar to SRM, which will allow men to move into private sector jobs faster.

Anderson, who joined SRM about 18 months ago, says he was brought on largely to give SRM’s social enterprise efforts a shot in the arm.

He left what he describes as a great job with a Fortune 100 company to join SRM. “I am having so much fun, making a lot less money but making a lot more difference in the world.”

With Mission Catering now profitable, there are numerous other social enterprise businesses in the works, and Anderson says it is SRM’s goal for its social enterprises, operating under SRM’s corporate arm, Mission Enterprises, to soon be SRM’s largest donor.

Anderson says there are two primary outcomes of creating businesses to employ the people who graduate from SRM’s addiction recovery programs. First, SRM is creating sustainable income for itself, and second, it is helping people who are experiencing employment barriers get jobs.

“We are creating jobs which we control,” he said. “These men come to us and they are often homeless, have no driver’s license and often have felony histories. We train them, give them jobs and then help them transition back into the world.“

The culinary program is closely linked to Mission Catering, which is on track to generate $150,000 in revenue this year. It employs three or four men at a time.

Mission Farms is still arranging financing, with $2 million raised toward a $3.2 million goal. Anderson says they expect to break ground on a commercial greenhouse in Spring 2015. He forecasts $1.2 million in annual revenue from Mission Farms.

Finally, Mission Inn is a 12-unit motel that Springs Rescue Mission is converting to a for-profit sober house, with annual revenues of $60,000 anticipated. It will employ one man from the program.

All of these businesses were started to expand on the mission of SRM. Instead of simply giving homeless people a meal and a safe place to sleep, they are providing them with job training, jobs, the pride that comes with a job well done, and the ability to someday make it on their own.

Anderson and Springs Rescue Mission are not alone in building businesses that focus on the greater good. Social enterprises—as they are commonly called—are one of the hottest business sectors in the world. From nonprofits like Springs Rescue Mission to young entrepreneurs starting their first business, the idea that business principles can be leveraged to solve social or environmental problems is all the rage.