Secrets of the Successful Social Entrepreneur

What are the best kept secrets of the successful social entrepreneur? 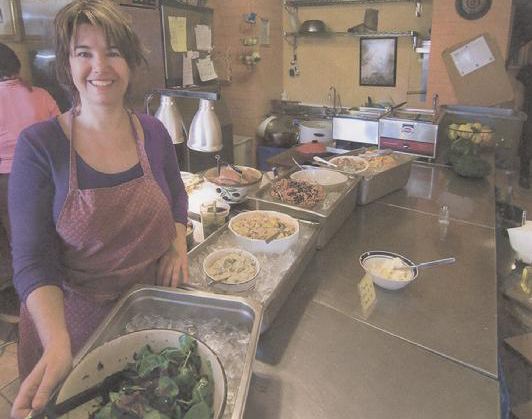 When Denise Cerreta opened America’s first “pay as you can” restaurant in Salt Lake City in 2003, she had no idea what was in store for her or how to become a successful social entrepreneur. “I was very undercapitalized when I opened, and it was very stressful,” she says today. Since that time, roughly 60 similar restaurants have opened across the country, many of their founders mentored by Cerreta.

“I recommend that people raise at least six months of reserve capital before they open, so that if they don’t sell a single meal for six months, they will be OK,” she says.

That thought is echoed by Brad Birky, who along with his wife, Libby, opened the second such restaurant in Denver in 2006. He said they raised $30,000 before they opened but burned through most of that before they even opened their doors. They had signed a lease in June, thinking they would be open in a month or two, but the doors didn’t open to the public until late October. “You need to make sure you have money put away for the unexpected,” he said.

Another pitfall, according to Cerreta, is hiring employees who are not committed to your mission. “I hired good people, but some of them didn’t really get what we were trying to do, and it was constantly two steps forward and one step back,” she recalls today. When you do find the right people, she says, you need to turn them loose. “You have to let people follow their passions, explore their ideas and bring them to fruition without fear of failure. You have to let them run,” she said.

She ran the café until 2009, when she stepped down from day-to-day duties to devote herself to helping people in other communities do the same. In addition to the 60 or so restaurants that have already opened, she is working with a couple of dozen groups today that are working to become successful social entrepreneurs.

She advises people planning to start cafes to create a community of supporters around the idea before opening. Some cafes, she said, sell $10 wooden tokens that are each good for a meal, with one recently raising $30,000 that way before it opened.

Likewise, Cerreta said, people should have a business plan, just as they would if they were opening a for-profit restaurant. “It is just like a regular restaurant except with extra ways that people can eat, and extra ways to lose money,” she said.

She advises building relationships with farmers and offering to buy their seconds. One small thing that has helped restaurants reduce waste and save money is simply asking people what portion sizes they want.

After Cerreta stepped down in 2009, the original One World Café continued to serve food under new leadership until 2012, when it closed. Thankfully, One World continues to operate as a “foundation that is mentoring communities around the globe based on our model. This has allowed

[Cerreta] to focus on helping other communities, mentoring, and traveling to other areas to attain a deeper understanding of hunger, food insecurity, community and food resources.”

Having a great idea is one part of being a successful social entrepreneur. Taking your idea from vision to action is what will separate you from the pack. Need some coaching? Joining Vision and Action’s one-on-one social enterprise consulting will guide you through an efficient, well-defined, highly collaborative process to grow and sustain long-term impact via the marketplace.